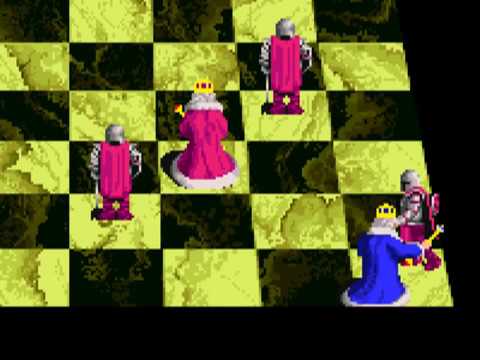 I’ve been playing chess for a long time, ever since I was a kid in the 80’s. I was so into it that I even read some books on it, like the best openings, strategies, etc. I used to play my uncle every time I went out to Colorado every summer, he’d almost always beat me but eventually I started to get pretty good.

One summer in the late 80’s my uncle brought his huge monochrome laptop to my grandma’s. On it, he had something to show me…Battle Chess. Instead of just taking pieces, the pieces would get up and attack each other. For kids, it was about the coolest thing ever. It made chess way more cool and fun to play. You were always hoping for this random match-up where you’d see an animation you’d never seen before.

They tried to make newer versions of the game but I think they forgot the part which made the original so great, the comedy. I think later versions (and copycats like Star Wars Chess) were too serious about everything.

Where to get Battle Chess now

There are two good options, either Good Old Games or Steam. I’m not sure which one I’d pick, I’d probably read reviews and see which one has the better port. Sound is probably the biggest deal, evidently there is a CD version that has really good sound that came out a few years later after the original. I haven’t played that version though so I can’t comment. I do really like the original sound though, it has a pretty good retro feel for it that’s funny.

If you’re a really high level player, there are probably better options now. But if you’re just looking to have a good time with your kid, there’s nothing better. They’ll love it. I high recommend it to anyone as a fun way to introduce your child to chess.

Is Crackdown 3 really that bad?

Game Room Info is a site to help people develop their home game rooms that maximize space and minimize cost. Anything from pinball machines to home theater will be covered here.
Contact us: gameroominfo@gmail.com
© Newspaper WordPress Theme by TagDiv
MORE STORIES
Video Games

gameroominfo - April 5, 2020
0
Have you always wanted to work out at home but wish it was more of a game? I think that's what...
Video Games

gameroominfo - February 23, 2018
0
If you're a gamer or have kids that use batteries constantly, then the thought of rechargable batteries is pretty appealing.  Xbox controllers and remote...