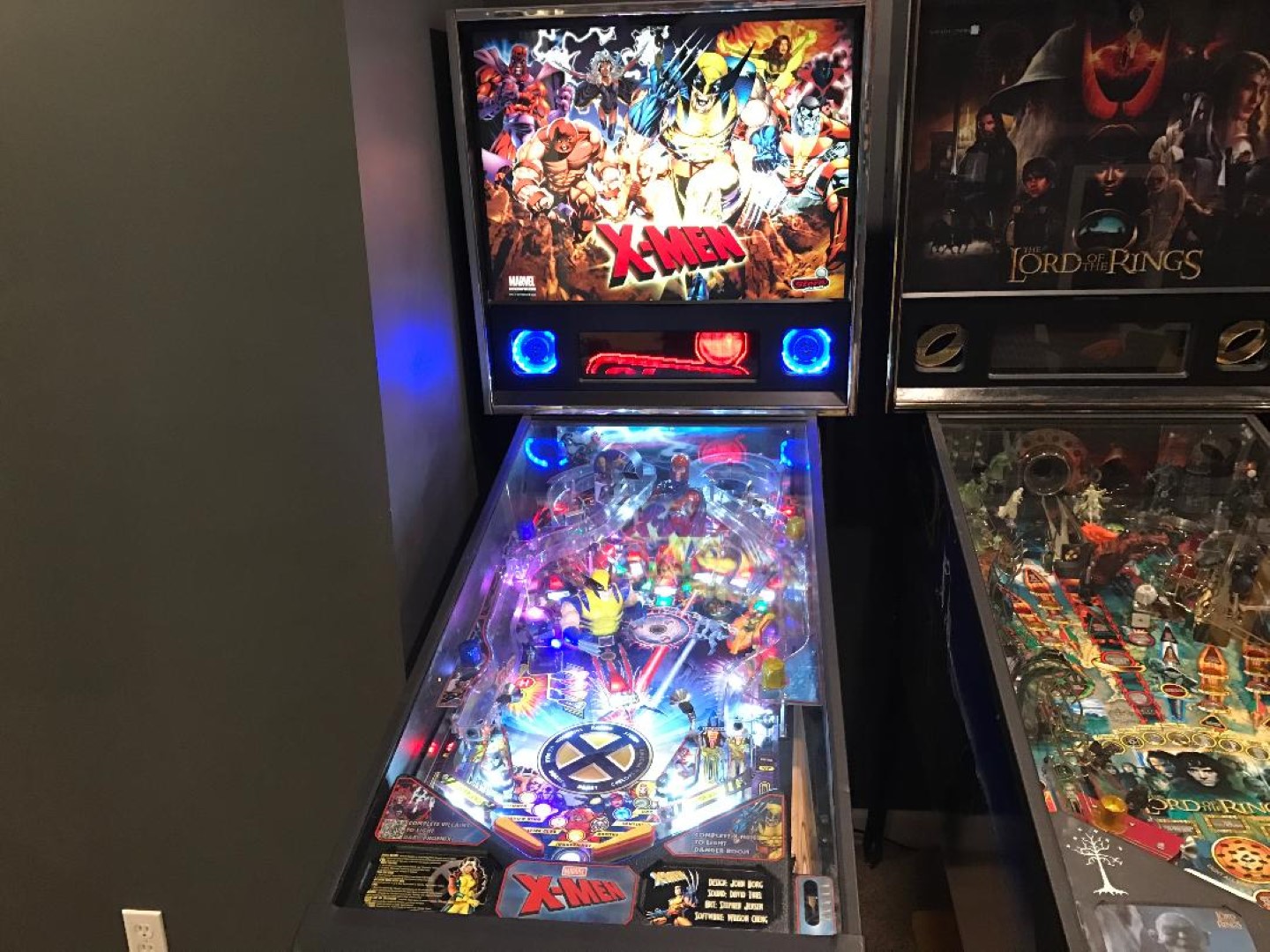 If you’re looking for the best pinball machines for home use, it’s kind of a daunting process. There are the top ten lists from pinside and ipdb which can be a start, but unfortunately those lists don’t really help when trying to determine if a game is great for longer term play at home. One of the best examples of this is Tales of the Arabian Nights, a game that historically has hovered around #10. The game is beautiful, has a great light show, etc but is also very easy and can get boring very quickly. Great for guests and location play, bad for repeated use at home. Here are the things I think make a pinball machine great for use at home:

1) A ruleset where the ball times match the rule depth.  Basically, the ruleset has to equal or be greater than the play time or you’ll get bored. Lord of the Rings has long ball times and super deep ruleset, so they go together well. Iron Man has short ball times and not a super deep ruleset, so it goes together. The problem occurs when you have a game where you can keep the ball alive forever and you end up repeating the same game over and over. Terminator 2 might be a good example of that. One of my favorite games on location, at home though you quickly see everything the game has to offer.

2) Reliability. If you’re not technical, some games like Twilight Zone can be a nightmare to keep running over a long period of time. In general, games with less use are more reliable, games with less stuff break less, and ones that are newer usually have less issues. Basically, if you bought a used Addams Family pinball machine and a used Iron Man, you could pretty safely assume that the Iron Man would have less issues because it’s newer and has less stuff to break on it.

3) Theme you like. If you’re going to put it in your home, it needs to be something you’re interested in. Don’t buy a Medieval Madness just because it’s rated highly, buy it because that’s a top theme for you personally. It can also be a trap, as a lot of games with awesome themes aren’t actually that good (like Avengers).

The randomness of the ball makes most pinball tables better for long term entertainment than arcade machines or video games which never change.

What if you don’t want to buy a used machine due to maintenance or inability to find one locally?  Then buying new might be your best option.  However there’s a big difference between some of the newer games, some are meant for new players on location and are too easy for home while others are meant specifically for home users.  For people unfamiliar with pinball though, it’s really hard to tell which ones to buy.

Here are the new games I’d recommend to put into your home arcade:

The game I definitely would not recommend is the Munsters unless you really love the theme.  The game is just too easy for home use and the mini playfield on the premium just isn’t that great in my opinion.  I reached the wizard mode on it like 10 games in, which shouldn’t happen on a modern game.  They’re supposed to be redoing the ruleset to make it better but that could take a long time.

The best pinball machines for home use

Here are the games I would recommend for home use below.  I included affiliate links to the games on ebay, as honestly that’s the best way to buy games like Medieval Madness.  Use the ebay bucks + rewards credit card to get $100 to $200 back.  Add on Ebates and get another 2% back as well (full disclosure, if you sign up for Ebates through that link and make a purchase, I may possibly get a referral bonus…but hopefully you’ll like saving that extra 2%).  Add them all together and you can save 5% on an $8000 game, which is $400.  If you have any other tricks, let me know and I’ll add them here for other users to see.

Other popular pinball machines I’d recommend to a lesser degree are:

Games I would not recommend that are near the top in the rankings:

The ‘bang for buck’ pinball machines I would recommend would be:

Hopefully this has helped you determine the best pinball machines for home use.  I know that when I started out it was a struggle.  I had to do a TON of reading and research to figure out exactly what to get.  One problem I had that a lot of you also probably have is budget.  It’s one thing to spend $1000 on a pinball machine, but when some of them are getting up to $8000 or more that starts to get a little ridiculous.  Luckily most of the older ones keep their value pretty well.  It’s mainly reducing your available cashflow than losing the money outright through depreciation.

gameroominfo -
0
If you've reached this page, chances are you're looking to buy a new pinball machine because you don't know where to start.  I'll try...
Pinball

gameroominfo -
0
The 1970's were one of the biggest decades for pinball, Eight Ball set the single machine sales record and multiple others got...