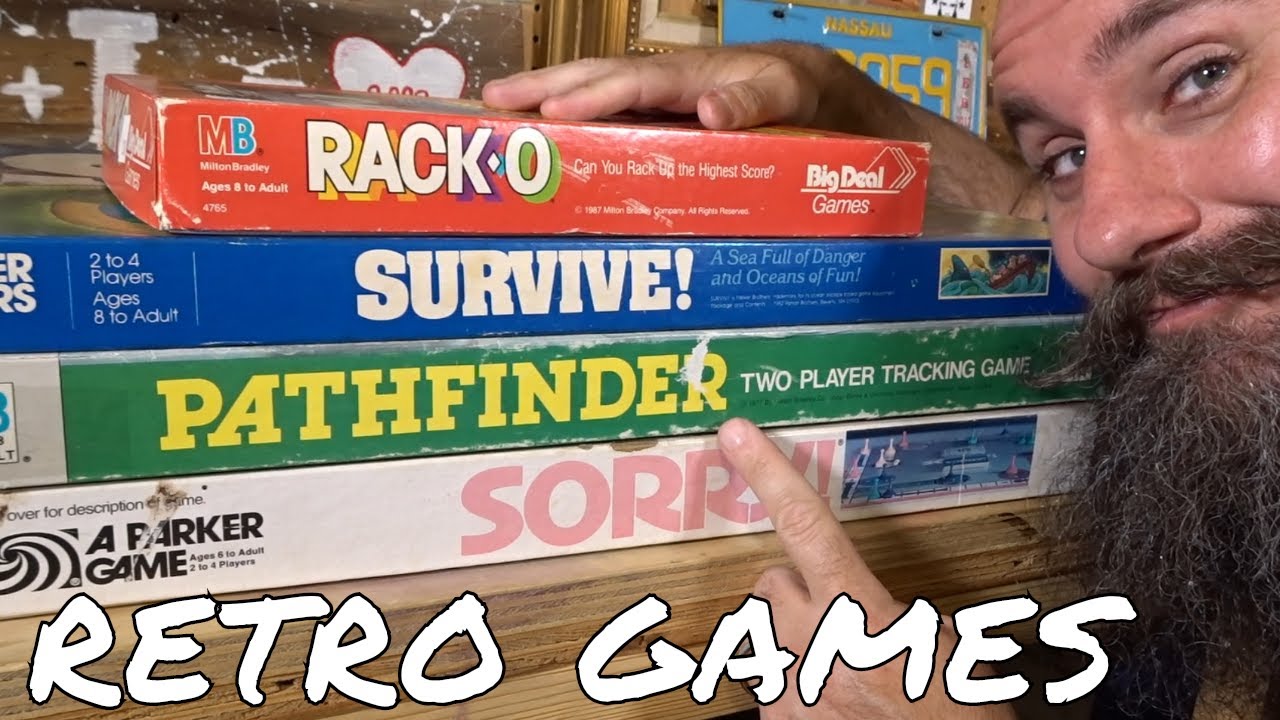 Back before video games and the internet, one of the biggest pastimes was playing board games at night or on the weekends. Being an 80’s kid myself I played a lot of board games. I’ve compiled a list of my favorites that I played as a kid, I’m guessing that a lot of you reading this have played them as well.

It was pretty much impossible to grow in the 80’s without playing Life at some point. Spin the spinner in the middle, get your career and salary, and then start having kids. Pretty soon your car is filled up with people.

Unlike most of the other games, there isn’t a whole of strategy to this game. Just spin the wheel and hope you get lucky with your job and the spaces you land on.

Everyone has played Monopoly, the real estate mogul game. Definitely the most popular game in this list, it’s so popular it’s generate it’s own video games, pinball machines, and it’s own culture.

The biggest part to start was always picking your piece. I always wanted to be the car. Some of the other sets I played with had a cannon included (but ours did not).

House rules are a common thing with Monopoly, every usually has their own rules for certain things like trading properties to get Boardwalk. One of the nice things about the later versions is that they automated the money, handling the money was always the worst part of the original game.

This game had the most amazing commercials. In practice though, it wasn’t that great. You shoot a bunch of tiny ball bearing like balls trying to hit a couple targets into the other player’s goal. Problem was, it wasn’t that easy to do, and you had to constantly refill your gun since they didn’t load automatically.

Basically great in concept, not great in real life.

This game came out at just the right time, there was a culture phenomenon around balls and complex machines being activated from them. Goonies, Pee-wee’s Big Adventure, etc all had these cool complex machines that did simple tasks. Mouse trap is kind of like that in board game form. While probably not as fun as the commercials made it seem, it was decently fun.

Probably the most recognizable thing about this game is that it used a bubble to roll the dice. The objective is to move all of your pieces around the board and back to the home position, similar to Sorry. Slightly different in that you use a dice instead of deck. This is one game I didn’t own as a kid but one of my friends did, I think it was his favorite.

My parents had a really old copy of this game. Like so old they didn’t even have all the men and no box. There’s a decent amount of strategy with this game, basically the goal is to move 4 men around the board into your base. Unlike other games of this type, cards are drawn from a deck instead of using dice or a spinner. These cards are not just moves but have special instructions as well, including the Sorry cards.

This is one game that my kids and I still play today. For some reason the quick nature of it plus the fact that it’s easy to play has made it a favorite. The only thing I can’t figure out is why they changed the color of the checkers over the years, it used to be red and black, now it’s red and yellow.

The concept is pretty easy, just get 4 in a row before your opponent does. My youngest son is really good at this game, he loves to beat grandpa in it.

My mom used to love this game. It’s basically a game where you have to figure out the colored pegs that the opponent has under their ‘shield’ in the back. You have 12 guesses to guess the pattern before your opponent wins. It wasn’t my favorite as a kid but I like it a lot more now, probably changing tastes. Unlike some of the other games in this list, I feel like this game has disappeared to a large degree. Not that you can’t still buy it, but because I haven’t seen it anyone’s house in over 20 years.

My parents hated this game, I loved it as a little kid. I think the reason they hated it is because they said it took too long. I don’t remember it taking that long, but I do remember hitting the slide at the top and going down all the way to the bottom.

This is one of the few interactive games where it was even more fun that the commercials. For some reason it is incredibly fun to try and remove those plastic bones from the guy while not touching the sides. The biggest problem is that eventually people would lose the bones and then the game was a lot less fun, but until that happens the game is great. It’s kind of timeless like Connect 4, keeping a steady hand is pretty challenging and fun.

My parents hated this game with a passion. This and Chutes and Ladders made their blood boil, lol. I actually really liked Candyland as a kid. Sure, there wasn’t much strategy, but it was fun drawing the right card and flying across the game board to the end.

Here’s an obscure one for you. Living in Nebraska in the 80’s, my dad happened to get this game for some reason or another, maybe a gift, I don’t know, all I know is that we got it around Christmas one year I think. And this game was actually pretty fun honestly, better than a lot of games and had lots of strategy. It was kind of like a Farming based monopoly if I had to describe it. You could choose your crops, raise cattle, etc. I remember something about rolling dice for your harvest, but the details are a little fuzzy at this point. Probably pretty rare at this point, but this was actually a really fun game. I’m probably one of the few people that remembers it.

Here’s a game that everyone owned but rarely played. Good game for kids, kind of hard for adults. I don’t remember ever actually finishing a game of this, it mainly seemed to end after a few rounds when someone falls. I don’t even remember how you win.

Hope you enjoyed my list of top 80’s board games. There were a ton of them, so I’m sure everyone’s lists will be different. As I remember more, I’ll probably add to this list. While not a board game, games like Concentration were really fun too, haven’t seen that in years.